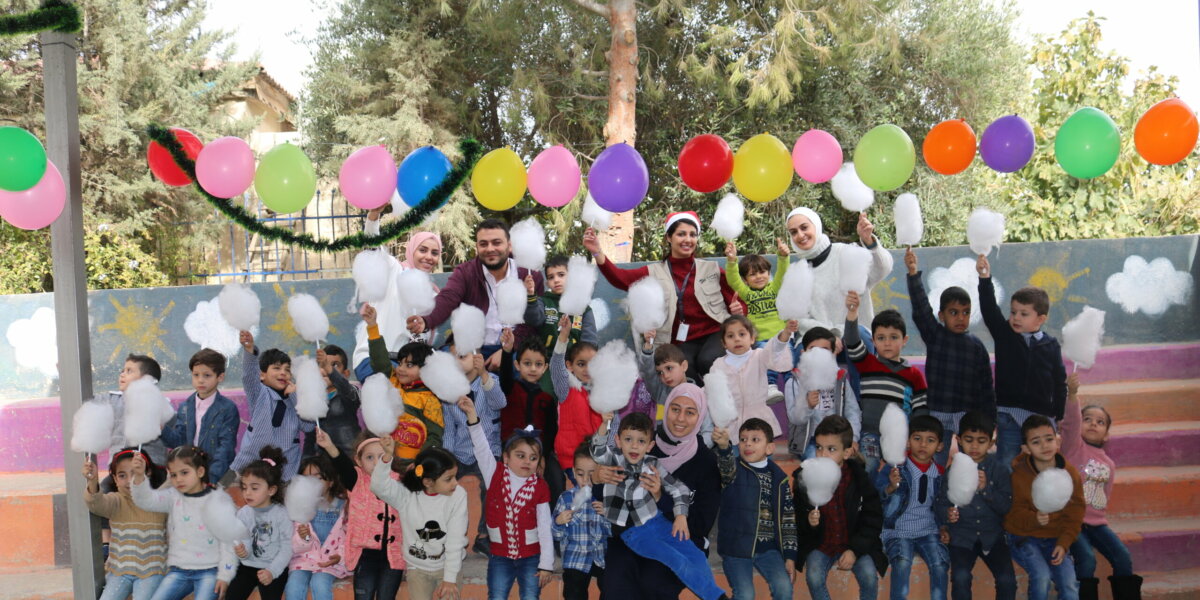 Last week the whole Christian world was celebrating Christmas wishing for a promising future with no suffering or pain and holding more happiness and prosperity. Christmas trees with shiny stars, colorful balls, and blinking tiny lamps were standing everywhere filling the atmosphere with vibes of love and hope. Sounds of Bells, Santa’s gifts, and prayers’ blessings all declared people’s hopes for

Habitat for Humanity Jordan (HFH Jordan) was glad to share these joyful days with a number of children who live in one of the vulnerable areas HFH Jordan serves, i.e., North Hashmi, located in the Eastern part of Amman. The team arranged for a small celebration, inviting 35 children whose ages vary from 3-6 years old. Most of the children attend a kindergarten which has been established for people with low income at one of the local CBOs called “Families Development Charity Association”.

It was HFH Jordan’s main goal to spread joy and happiness among the children through carrying out such an event. Therefore, the team with other volunteering participants from the same CBO prepared for a party taking care of all delightful details; they decorated the yard where the event took place with colorful decorations, and they blew balloons. Also, two energetic clowns and two cartoon characters sang, danced, interacted, and played with the children

On the other side, the children, who were Jordanians, Syrian refugees, and some of them were with disabilities, participated happily and joyfully with big smiles and loud voices. Sounds of children’s laughs, claps, and their tiny steps all harmonized with the played music. They played with each other and with HFH Jordan team members who were attending and sharing the children their joyful moments. They also had their lunch while sitting outdoor in a big circle, then they were given cotton candy and took group photos

It is worthy mentioned that HFH Jordan does not forget the most amazing part of this small celebration: distributing Christmas gifts. The gifts were carefully chosen by the communication and the social workers team of Habitat. They made sure to make such gifts not only please the children, but also be useful and please their parents, as well. Playdough, ribbons, crayons, color books, small balls, stationery kits all were wrapped in each child’s gift, in addition to some pieces of clothes that can keep them warm, such as pairs of socks, umbrellas, high nick blouses, and woolen hats.

Creating a positive environment with all difficult circumstances around most of the time might be challenging. However, unifying efforts, understanding the essence of having fruitful partnerships, realizing the community needs and working on them accordingly, spreading love and happiness through supporting the culture of giving instead of taking are all helpful elements that keep a dignified community, and help nurture a new generation whose promising and sparkling eyes looking for a better future and a utopian life. 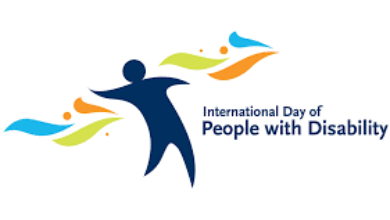 Towards a Friendly and an Accessible World

There is no doubt that any community consists of different… 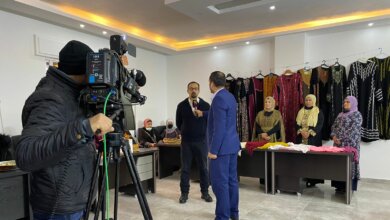 Habitat for Humanity was pleased to be hosted by one… 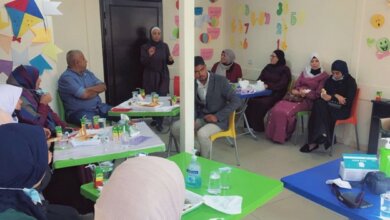 HFH Jordan Conducts Focus Group Discussions to Determine the Most…